The best mistake of: Cees Juffermans

“I remember thinking: “what am I supposed to do now?” This was my dream. This was what I had been dreaming about as a young boy. And that one chance was gone because of my own stupid mistake.”

Sometimes we are too afraid of making mistakes, that out of fear for the possible consequences, we don’t take any action.  Afraid to fail, afraid about what our environment thinks about it, afraid that it doesn’t fit in our “Instagrammable perfect life”…

Which is such a shame, because making mistakes is THE way to learn and develop yourself. That is why we at Doors Open celebrate making mistakes! Every month we interview entrepreneurs, leaders, professional athletes… People who, just like you, have gotten to where they are by failing and standing up again.They have told us about their best mistake: a mistake which has taught them a lot and has helped them greatly in their development.

On 12 February 2006 Cees Juffermans has the chance to write history in Dutch sports during the Olympic games in Turin. He was in the semi-finals of the 1500 meters short track. The final in sight, chance of winning a medal, never before has a Dutch shottracker gotten so far. Although in that moment the sport was relatively unknown in the Netherlands, on this sunday all of a sudden Cees became known worldwide. But not the way he was hoping he would…

Before the lenses of hundreds of cameras, thousands of spectators in the stadium and millions of viewers on TV, the Stompwijker was taken down by another skater in the last curve. In short track this means an automatic free pass to the next round. The finals. But it only counts if you complete the full round. And that is what Cees doesn’t do. Just a few meters before the finish he steps off the ice. In sports, this is counted as resignation, as a “did not finish”. Gone was his spot in the final, the chance of winning a medal. This mistake makes Cees fall back to 18th place in the final ranking and shatters his childhood dream.

What did you do when you realized what had happened?

“I only realized what has happened when I was in the changing room. I know the rules. Even worse: during my training the rules where always emphasized.  Whatever happens, always make sure you cross the finish line. I have no clue why I stepped off the ice early. I must have had a complete black-out.”

As a top athlete you are certainly not alone, you have a whole team around you. Even so Cees does not blame anyone else but himself. “Of course I can think “why did nobody warn me that I had to finish the race in that moment?” But in the end the responsibility lies on my shoulders. Therefore, shortly after my mistake I walked up to the media and made this clear.”

What did you learn from this incident?

“A lot. I still make mistakes, every day. We all do. But this is one of those mistakes you won’t ever forget. It sounds crazy, but it has done a lot for me. It made me realize that so often we are focused on the end result, even though the process to get there might be way more important than the goal itself. If you have dreams, chase them. Don’t let anyone stop you. And yes, at one point you will fall flat on your face. In my case literally. So what? You get up again. The world is not going to end.”

“Mistakes only make you stronger. Suddenly I was standing in the spotlight, everyone had an opinion. I chose to put the negative critics aside.”

It made me realize that people close to you,  do not judge you for the mistakes you make. The negative reactions were primarily from people that were not as close to me. Not only when I made this mistake by the way. Being a professional athlete can be pretty lonesome. When others my age met at the bar during the weekends, I was training extremely hard. Of course people had their own thoughts on this, but I chose not to listen to them. That is also what I really want to advise others: don’t let what others might think or say about you influence you. It is YOUR dream, and they are YOUR choices. Do what you love and remember what you are doing it for. What is the reason you get up every day? Even if you make mistakes, don’t give up and try to do it a little bit better than yesterday.”

What did you change after this mistake?

“I started looking at my athletic career differently, as a whole, instead of that one goal alone. I might not have won an Olympic medal, but I still feel like I got everything I could have out of my dream. And I am still benefiting from the experiences I had and the network I built in those years. I have also changed my perspective about what is really important to me. What do I want to “leave behind”? How can I make a change in society? The misstep in Turin really made me think. How terrible would it be if you look back on your career and you realize that you’ve only done things that others expected you to do, instead of chasing your own dreams?”

Do you want to share your best mistake? Share it to info@doors-open.nl! Maybe you are the next feature on our blog! 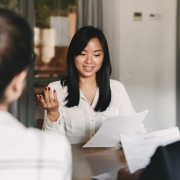 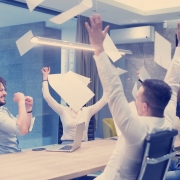 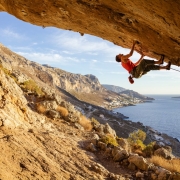