Have you ever been part of a team where it just felt like you never managed to get anything done? Where projects were endless and where week after week the motivation of the team members was decreasing? I have. More than once even: dysfunctional teams are more common than you think, both in small and large organisations. It leads to frustration, causes tension and decreases performance. Eventually everyone benefits from a team that functions well. But, to get teams to function, you first have to know why they don’t work. There are 5 primary reasons why teams fail.

It’s easy to give the leader of the group the blame, isn’t it? But it does really start here. If the leader fails, the team will fail. It’s that simple. That is why football coaches often get fired when the team performance is disappointing. That is why research shows, time and again, that the manager can be an important reason why people change jobs. LinkedIn asked 10,000 people that recently quit a job, the reason why. At least 41% said leadership was the motive.

“Then we can just switch to autonomous teams, right?” is a question I regularly hear when I get asked by a company to help their teams function properly. Autonomous or self-steering teams are teams where there doesn’t appear to be a leader. But appearances are deceiving. Especially in autonomous teams there is a leader. But one that trusts team members to be independent.

Compare it to a bee colony. It really doesn’t function without the queen bee. Yet most bees fly in and out without saying where they are going. This is perfect leadership, the queen enables everyone to do his/her work. Good leadership is the basis for the proper functioning of a team and vice versa, failing leadership guarantees a team that does not work.

Tip! In this very inspirational video Simon Sinek shows why leadership that gives trust is so important.

Bonus: download my free workbook “5 steps to leadership that creates trust” I have created this workbook that I use weekly during leadership trajectories.

#2 – A lack of common interest

Not everyone comes to work with the same goal. For one person it’s about earning money, for the other it’s about developing themselves intellectually, whilst the third wants to feel useful. For most people, individual interests are easy to identify. It is the lack of common interest that causes teams to fail.

Although it is not necessary that all individual interests are the same, it is important that there is a shared goal that is worked towards. And yes, that is also a leader’s task: the creation and carrying out the vision, the “why are we doing this?”, so that everyone going in the same direction. However, this certainly does not mean ‘imposing’ the vision. In the 10 years that I have been assisting organisation, I have experienced that involving team members in determining the vision and common interest works really well. This creates support. Ultimately the leader is the one to make the final decision, but the common interest is decided on together.

By the way, individual interest is never put above the common interest in a properly functioning team. That leads to unhealthy competition (point 4 in this list!) 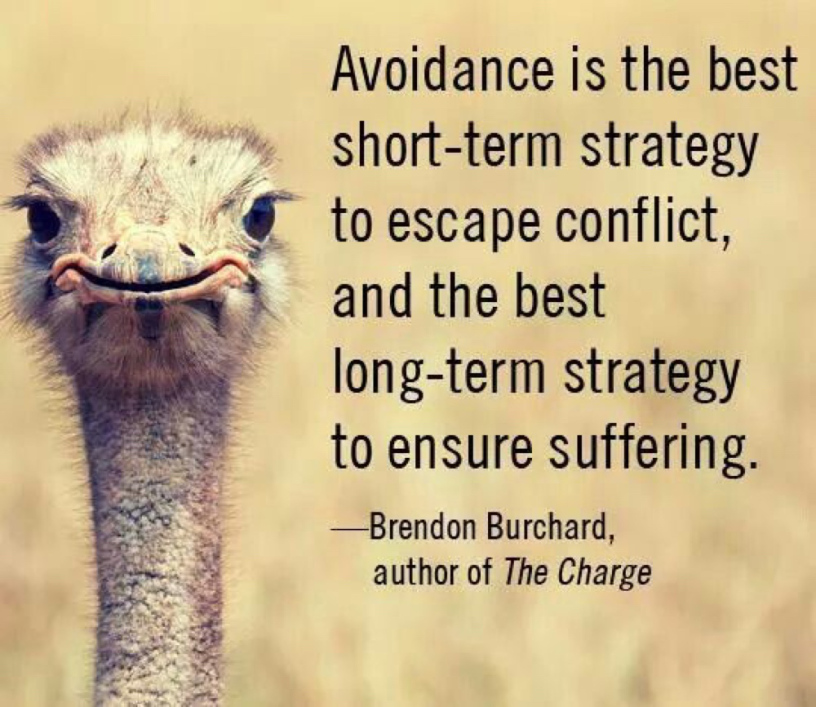 “What Sara just said was completely ridiculous, wasn’t it? She really doesn’t get it.” I heard two of my former colleagues talking about a team member after a team meeting. In these 14 words, 2 things went wrong:

Tip! Did you know that feedFORWARD is even more effective than feedBACK? I regularly go to companies to train teams about this topic and you often already see a change within 1 day.

Environments with fierce competition create aggression, disfunction and waste. The best way to show this is in this video by Margaret Heffernan, where she takes you into the world of… chickens.

I am very much convinced, especially in the long term that fierce competition within teams does not lead to the best performance. Even though, according to research, Amazon is one of the best places to work, this article in the New York Times created some upheaval.

“Nearly every person I worked with, I saw cry at their desk.”

“When you’re not able to able to give it your absolute all, 80 hours a week, they see it as a major weakness.”

Carefully look at the image below. How many beams do you see?

Within teams there is often little to no understanding of the perspective of others or their personalities. We are so focused on ourselves and believe our opinion and personalities to be the only truth. Through this we become blind to other perspectives or personalities. This doesn’t only lead to tunnel vision, which causes us to miss opportunities, it also causes misunderstandings and conflicts within a team. A well-functioning team is open to the perspective and behaviour of other team members and tries to understand why someone behaves in a certain way has that point of view.

In order to understand your team members better, a personality profile is an excellent starting point. I often use the Lumina Profile sketch during my training sessions or coaching programmes for teams. With this, you get more insight into your behaviour and your own personality. Improved insights into your own behaviour is essential in enabling you to better empathize with others.

A good team is not formed from one day to the next. It takes time. And attention.

With the hustle of daily routine, building a strong team is often forgotten, even though that is the foundation for your organisation. Even if you have a team that DOES work well, it is important that it stays that way. Or even improves.

Could you use a sparring partner for your team? Do you want to create a strong team? Read more about what Doors Open can do for you.